This page aims to emphasize the common themes that I found present among the images and subsequently composed Polish identity during the interwar period. Each theme played a significant role in forming Polish nationality and contributed to the treatment of Jews as an ethnic minority to some extent. 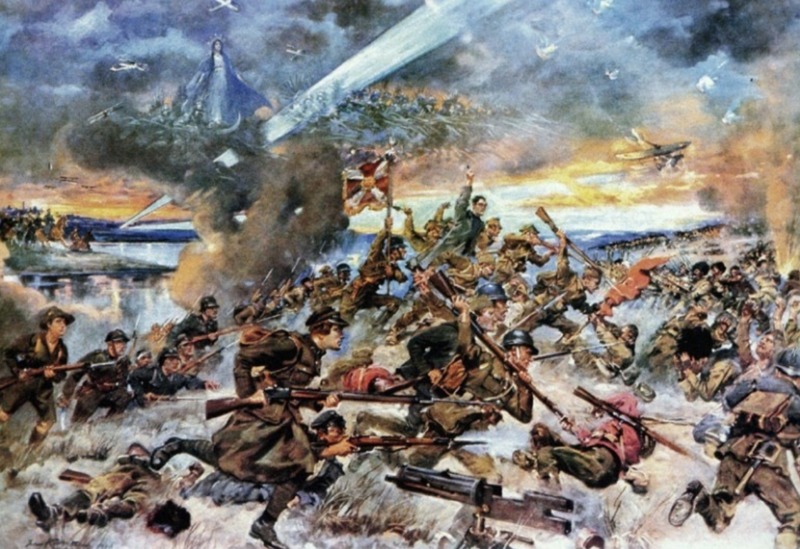 The immense role that catholicism was to play in the formation of Polish identity during the interwar period was most vehemently advocated by the National Democratic (Endecja) right wing political party and one of its leaders, Roman Dmowski, who in 1927 asserted “the dominant religion, whose principles govern the legal powers of the state, is the Catholic religion, and the Catholic Church is the executor of the religious aspects of state life,” (Dmowski 25). There is no doubt that there were loud voices on the right of Poland’s political spectrum that contended for a strong interdependence between Polish identity and catholic ideals. However, the extent to which this sentiment was far reaching and permeated the general public in interwar Poland is revealed through the images created for and subsequently sought out by ordinary Polish citizens. This incorporation of catholicism as a vital component to Polish identity is further corroborated by legislation instituted early in the interwar period. The 1921 Polish Constitution included “article 114 [which] gave the Church the status of primus inter pares ('first among equals') among all other organised religions in Poland,” (Stachura 103). This reveals the overt desire on behalf of the Polish government to implement catholicism in defining Polish nationality. Images prominent during the interwar period included comparisons of the once partitioned Polish state to the resurrection of Christ, giving the Second Republic a clear religious connotation.

The potential implications of a religion being intertwined with national identity include the exclusion of religious minorities from taking part in said identity. Did catholicism in Poland impact the treatment of Polish Jews? The short answer is yes. Over the course of the interwar period, politically right wing Poles openly discriminated against Jews. This discrimination escalated in the 1930s as anti-semitic sentiments seemed to reverberate around Europe. “Starting in around 1934, the NDP [National Democratic Party] organized boycotts of Jewish businesses, blaming economic strife on Jewish control of the market,” which at times included acts of vandalism (Dobrowolska 13). Jewish artists like Jozef Opatoszu and Jonas Turkow were censored in the name of catholicism. While acts of anti-semitism were not as violent as were acts in other nations accross Europe, they certainly existed as Jews were villanized and excluded. This is not to say that all Poles discriminated against Jews and that the relationship between Jews and Polish citizens was completely negative. This is evidenced by attempts at reconciliation such as “the pioneering agreement (Ugoda) reached in July 1925 between the government of Władysław Grabski and leading representatives of the Jewish Parliamentary Club,” which unfortunately never made it through (Stachura 86). The extent to which Jews were openly discriminated against in interwar Poland as well as the extent to which this resulted from the strong elements of catholicism constituting a significant portion of Polish identity is debated among historians. However, there is no doubt that anti-semitism existed on an overt level in interwar Poland and was explicitly justified by figures like Roman Dmowski by referencing Catholic values. 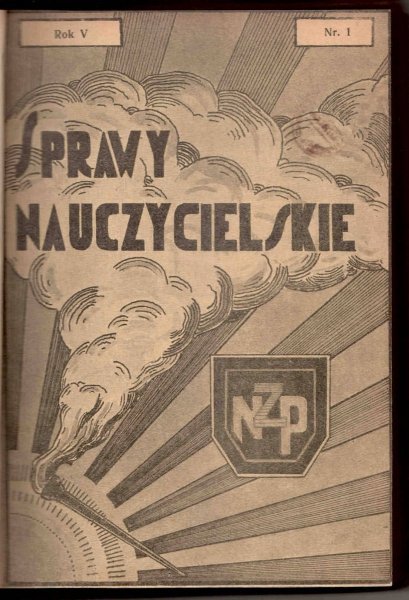 An expansion of the traditional Polish emphasis on education was a notable component of the interwar period. Images were distributed to emphasize the value of teaching and education for Polish youth. Stachura points out “the determined and relatively successful efforts made to rejuvenate the schools and universities following the manifold constraints of the partitionist era,” (Stachura 101). This effort was substantiated by results of this push for education. Illiteracy rates in Poland fell dramatically “to 23 percent of the population in 1931 and then to around 10 per cent by the beginning of the war,” (Stachura 105). The copious references to education and target audience of Polish youth presented in these images reflect education as a defining component of Polish identity.

This focus on education is logical in the formation and preservation of a national identity. Polish officials would want to convey key aspects of Polish values to youth so that they could preserve and perpetuate Polish nationality. The correlation between education and success would also ensure that young Poles would be prepared to take on successful roles in the future of the Second Republic. This vision was unfortunately cut short upon the German invasion and ultimate start of World War II that wreaked devastation on Poland in 1939.

The correlation between the effort to rejuvenate Polish education and the treatment of Polish Jews is small but present. As we previously established, strong catholic values permeated most aspects of Polish identity, which included most schools. The Polish government allowed ethnic minorities to facilitate schooling in their own religion and language. As a result, most Polish Jews were educated in Yiddish or Hebrew. Language is one of the most imperative aspects of ethnic identity, as it allows for the critical and most basic element of communication. Having language as a barrier would severely impact the ability and willingness of Polish Jews to try to assimilate into Polish nationality. This aided the rhetoric of Poles as the main group and Jews as the other. 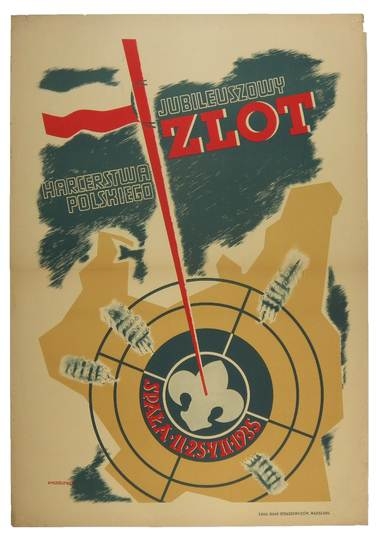 The interwar period between 1918 and 1939 in Poland was one of nation building following a devastating 123 year partitionist era. It was thus logical that patriotism, fueled by contribution to the peace settlement of World War I as well as the seemingly miraculous defeat of the Soviet invasion in 1920, would be a defining factor of Polish identity. Against better odds, Poles maintained a sense of nationhood and nationalism during the partitionist era. Images distributed during the interwar period encouraged the continuation of this patriotic pride through the depiction of historic battles and the illustration of Polish colors and symbols. It is clear that Polish pride played a significant role in the formation of Polish identity during the interwar period.

There is always a danger that nationalist sentiments can incentivize exclusion of and discrimination against ethnic minorities. This seemed to be the case with Jews in Poland, as nationalist parties like the NDP and newspapers like Pod Pręgierz openly connected Polish nationalism to anti-semitism. Some Poles blamed the fall of the Polish-Lithuanian Commonwealth on ethnic diversity, and thus thought the key to successful Polish nationhood was a purely Polish state (Dobrowolska 21). During the interwar period, many Poles feared that the Polish state was economically and politically fragile due to its newly reconstituted status. They began to see Jews as a threat to the already fragile state. Figures like Dmowski went so far as to designate Jews as a fourth partitioning power and used Jews as a scapegoat for any economic hardship individual Polish citizens were experiencing (Dobrowolska 20). Overall, it seemed that some Polish nationalist thought patriotism depended on the exclusion of ethnic minorities. This impacted the treatment of Jews as an ethnic minority in Poland as these sentiments gradually normailzed acts of anti-semitism.