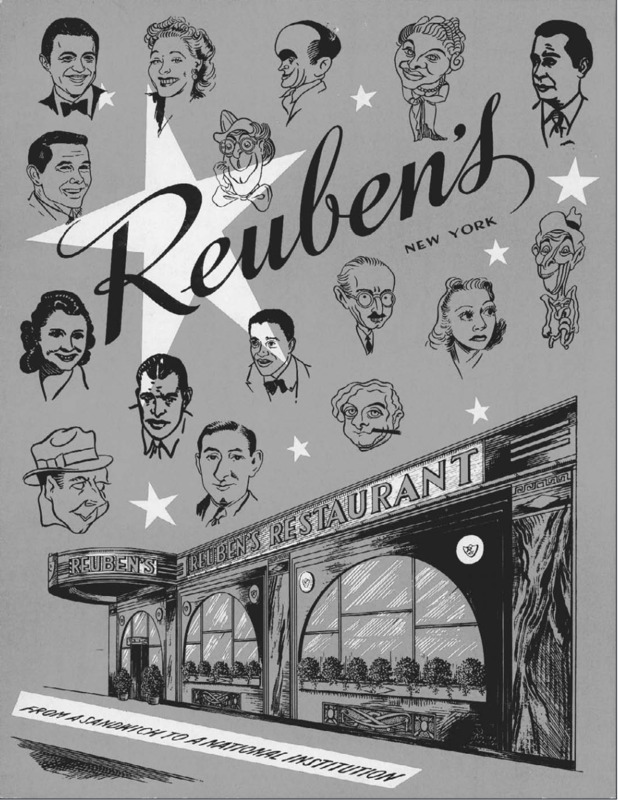 "From a Sandwich to a National Institution"

In the 1920s, Rueben’s delicatessen in New York City proudly boasted that their sandwich had gone “[f]rom a sandwich to a national institution,” (Reuben's Menu Cover). This statement is emblematic of the impact that Jewish delis had on both NYC and Jewish American culture. By the time of this statement, the Jewish deli had become a powerful symbol of success and fulfillment of the American dream. This success allowed the Jewish community in NYC to participate in mainstream activities which caused assimilation and perhaps for some people, a loss of some religious roots. Delis provided a more secular way of being Jewish that helped fuel the astronomical rise of Jewish social status in NYC (Merwin 6). Throughout the first half of the twentieth century, the Deli’s balance of ethnic continuity and American assimilation catalyzed the development of a new Jewish identity in NYC that preserved an essential part of Jewish culture and allowed it to survive amidst rapid modernization. The aim of this project is to analyze this identity by answering the following research question: To what extent did the development of delis in NYC from 1910 to 1945 contribute to a new Jewish American identity? What did this identity look like and how did its representation of class and gender roles change over time?

Within this new Jewish American identity in NYC, emphasis on class and gender changed overtime. Images from the 1910s indicate Jews in NYC identifying with a more modest, simple class and this evolves into a more prosperous, flashy class as Jewish Americans became more a part of NYC culture. The switch from home cooked meals to take out as Jewish families gained more economic success made the establishment of Jewish delis a male dominated space. The status of delis as a social atmosphere as well as a restaurant influenced Jewish American’s portrayal of gender overtime. This project will examine photographs, illustrations, and menu covers from Jewish delis in NYC from 1910 to 1945 to analyze the Jewish American identity that developed within the walls of the delicatessens.