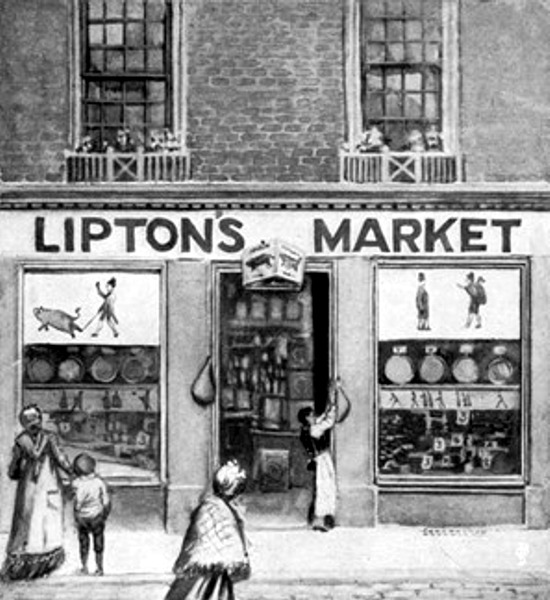 In his book "a full cup," an American author Michael D' Antonio tells us a story about Thomas Lipton and his life's journey. Words of Sir Thomas Lipton himself when traveling to the United States for the first time,“ I felt that the world was opening to me,” he would recall, “that it was good to be alive and better to still be a cabin boy on a giant steamship (D’Antonio, 2010). After a couple of months Lipton came back to Glasgow with a number of business ideas and enthusiasm. Eventually, in May 1871 the first shop was opened, Lipton's Market, at 101 Stobcross Street in Glasgow, Scotland. The business expanded rapidly thanks to Lipton’s use of advertising, and the bright façade of his shops which produced quality products at low prices. Thomas was the Scottish-born son of an Irish grocer (Koehler, 2016). “We are humble folks,” his father would say. “We should be thankful that we have done so well. Come back to earth my boy, and stop building castles in the air” (D’Antonio, 2010). Without much support Thomas Lipton continued to pursue his dream. Lipton’s new store customers found reliable quality, low prices, and ample supplies. But most importantly, they also found a shopkeeper who truly enjoyed his work. Always dressed in spotless white aprons, he was attentive and welcoming. When no one was in his shop, he would stand on the sidewalk, or clean the front window, and chat up whoever happened by (D’Antonio, 2010). His love for the job and use of marketing gimmicks made Lipton a household name in Scotland and then later all around Britain. 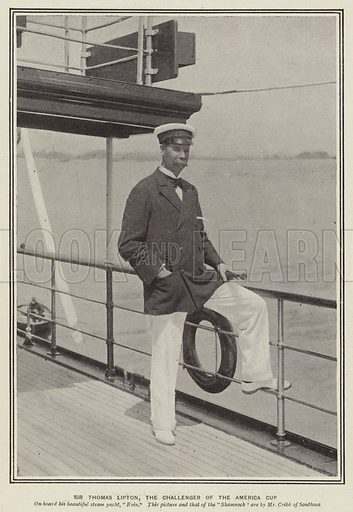 By 1888 he had more than 300 groceries throughout Britain (Mills, 2015). Tea had by then become immensely popular both in Britain and much of the rest of the world, owing to increased supply caused in large part by Britain’s success at importing tea production into different countries. Although he guarded his personal life, Lipton understood that a modern British entrepreneur needed to present a polished self to the public (D’Antonio 2010). That is what was different about him, his approach to people and a strong image building through self representation, which led to a new unique style of advertising.