As much as we all hate seeing ads online, advertisements are precisely what this online exhibit will focus on, but at least they’re not pop-up or timed ads. On the bright side, almost everyone likes chocolate right?

The Mesoamerican civilization of the Olmec first used chocolate between 1500 and 400 BC, and then they introduced it to the Maya (Moss). Mayan production of the stimulant in the subsequent centuries and the increased volume of interactions between regional civilizations lead to the consumption of chocolate in both Maya and Aztec cultures and use cacao nuts (where chocolate comes from) as currency (Moss).

After the first European interaction with chocolate in 1502 and the Spanish conquest of the New World, chocolate made its way to Europe as a participant in the Colombian Exchange (Moss). Once there, it took until the seventeenth century for the stimulant to really gain traction with the European consumer. Chocolate made it as far as King Philip II of Spain’s court and as deep as a part of coffee-house culture by the late-seventeenth century and domestic European culture in the eighteenth century (Moss).

Even after independence in Latin America, the region remained a producer of chocolate (Moss).  After the abolition of slavery in these independent nations, however, the site of primary chocolate production shifted to Africa because European powers were still able to exploit slave labor there (Moss).

Today, we hold European chocolates, like Swiss chocolate, in high esteem, and we know American and European chocolate brands by name due to their presence in our homes, lives, and even media. These brands have marketed to us for our entire existence, and as digitized as marketing may seem, it is not a new tactic by any means. In fact, in her analysis of twentieth-century advertisements, historian Katherine Parkin suggests that advertisements serve as a visual source to better understand the “ideologies and messages that advertisers hoped would sell products” (Parkin, 5).

In investigating and explaining the relationship between a global stimulant and historical social phenomena, I will take you through important historical context, Aguila Chocolate and Argentine nationalism, and Aguila and Argentine women. I argue that the Aguila advertisements within the 1905 to 1960s time frame try to position Argentine chocolate above all others. Moreover, Aguila advertisements that appeal to women and depict the subservient role of women in child caretaking and serving men chocolate reflect the perceived social value of women related to their domestic responsibilities in Argentina. Furthermore, Aguila employed these tactics, occasionally in tandem, to boost domestic consumption of chocolate. 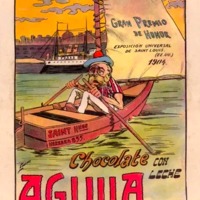 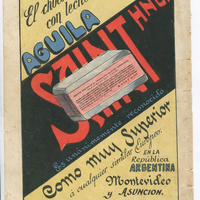 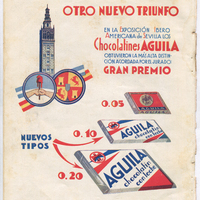 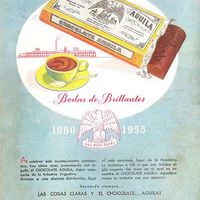 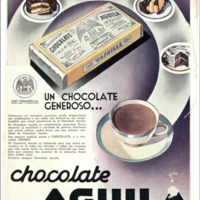 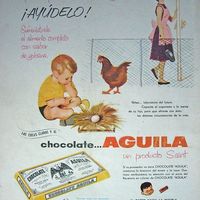 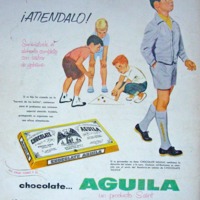