Skip to main content
"Tea with us became more than an idealization of the form of drinking; it is a religion of the art of life."
- Kakauzo Okakura, Cha Dao

A Tribute to Spirituali-Tea in Feudal Japan

Tea is known to be “one of the oldest beverages known to humankind” with its physical evidence having been traced all the way back to the 2nd century BCE (Hohenegger 2006). As a subject, it provides eons-worth of history to uncover, but I had one focus in mind: the spirituality of tea. Why I was drawn to this specific topic was a shock to myself; I’ve never been a very religious person, having grown up and out of my Catholic upbringing, but I do have a strong passion for mental well-being and have suffered with mental illnesses my whole life. When I started to consider where the drive to learn about tea’s spirituality came from, I realized that it was because of the inner peace that seemingly could be achieved in the intersection between tea and religion.

This religion in question was Zen Buddhism, which can be viewed as more of a philosophy than a religion. Zen Buddhism is a minimalist form of Buddhism that in its essence is the art of seeing into the nature of one’s own being and “living in the present moment, uncluttered with extraneous thoughts and concepts” (Towler 2010). Zen also lacks the traditional belief of a higher power and use of scripture, instead, it centers the practice of meditation and “just sitting” (Towler). Commonly iterated amongst Zen Buddhists that “[t]ea and Zen are one and the same flavor”. Zen has a history interwoven with tea from Zen’s origins in India, to its formalization in China, and finally, its popularization in Japan, which happens to be the focus of my exhibit (Hioki 2013).

Zen Buddhism became a nation-wide practice of all people of all classes in feudal Japan (1185-1603 CE) and its monks contributed greatly to the growing popularity and reputation of tea (). As my exhibit will show, the monks of Zen Buddhism are remembered for transforming the practice of drinking tea in Japan, creating the foundation of tea’s rituals, and solidifying Zen’s place in tea’s history. Therefore, I argue that Zen Buddhist monks should be credited with being the key figures who introduced and spread the spirituality of tea in feudal Japan. Throughout my exhibit, secondary research from sources like Liquid Jade by Beatrice Hohenegger, The Tale of Tea by George van Driem, and Cha Dao: The Way of Tea, Tea As a Way of Life by Solala Tower; and other relevant atricles, will help illuminate the story of Zen Buddhism and tea throughout this feudal period in Japan as I use primary sources to examine the legacies of these Zen monks. These carefully analyzed primary sources, consisting of a variety of media–photographs of Japanese illustrations, tea ware, scroll writings, and more–from both the feudal period in Japan and thereafter, will follow how these monks were immortalized with their connection to tea and Zen preserved throughout history.

This exhibit has a bit more in store than the practices of old monks. The history of how Zen plays into tea’s popularity in Japan is more lively than one might think: political strife, the origins of fighting techniques like kung fu, and mystical legends can all be found within the intersection of tea and Zen Buddhism (Hohenegger). It turns out that these monks were cooler than at first glance and are very fascinating lenses from which to view the spirituality of tea. 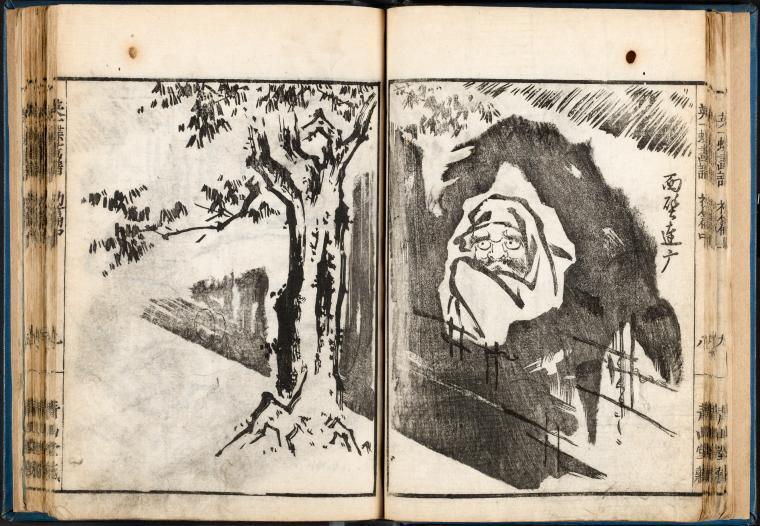 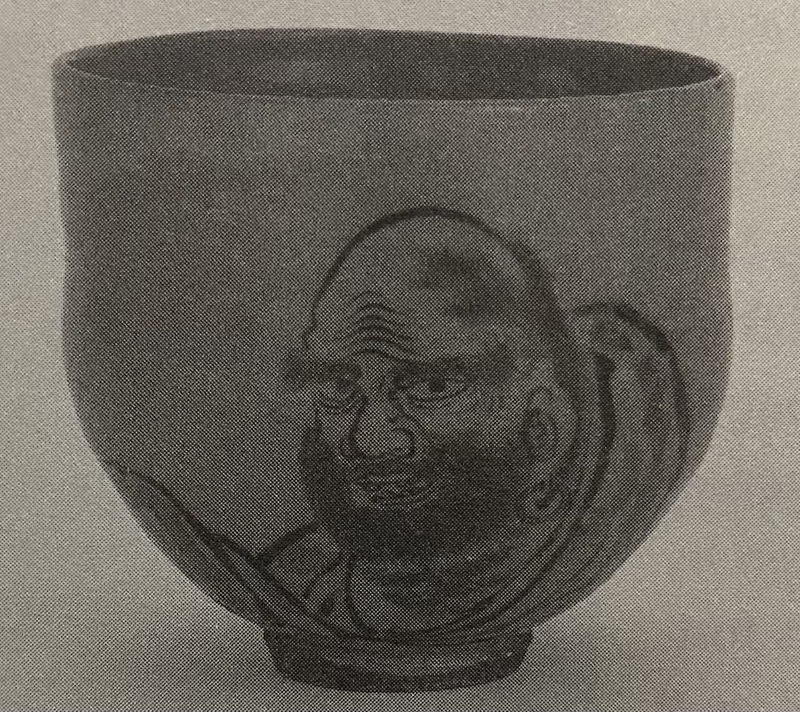 Tea Bowl with Design of Daruma and Inscription 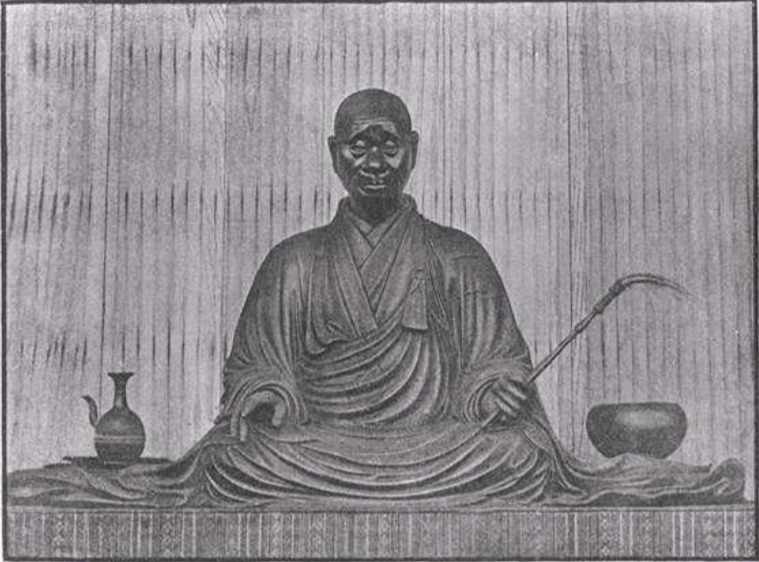 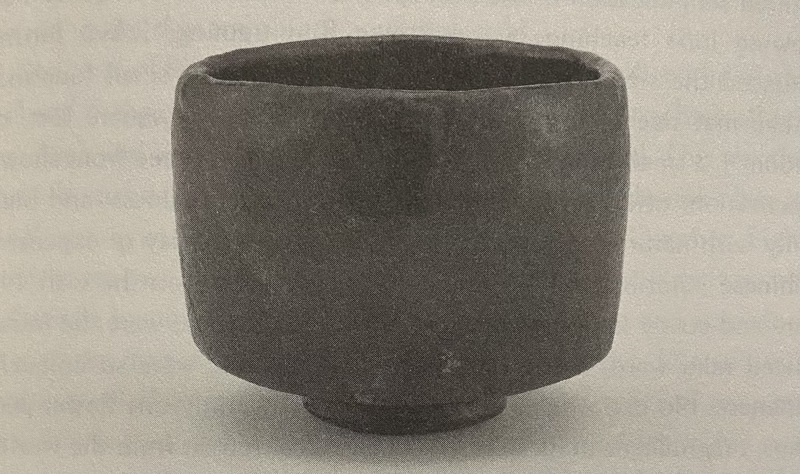 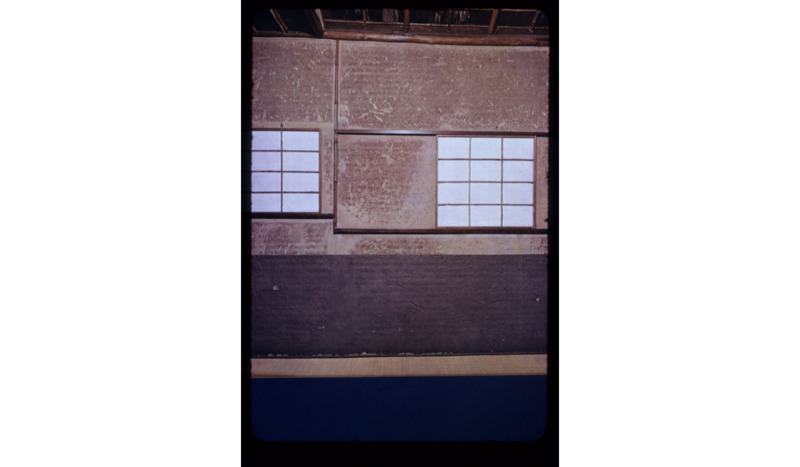 Tea Bowl and Verse on the Theme of Tea