Influence of the Audience in Labor Depictions

As mentioned previously, Brazil was producing the majority of the world’s coffee, but it was not consuming it. Of the coffee that was produced in Brazil, 80% was being exported to Europe and later the United States of America, leaving a mere 20% left for the consumption of Brazilians (Topik, 40). Naturally, the art about the labor and exportation of coffee was also being predominantly produced and exported, not for Brazilian consumption, but for European audiences. 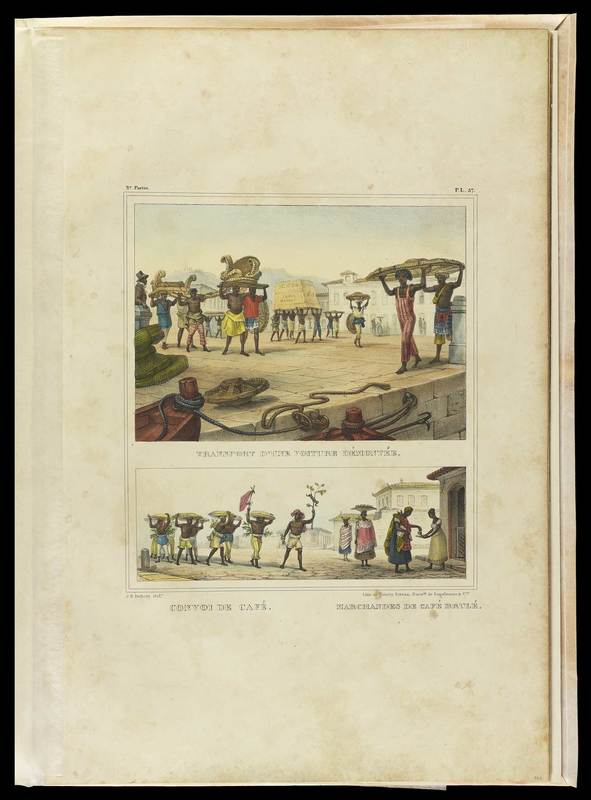 These observations and conclusions are consistent with the backstory of many of our artists and sources of our primary images. Marc Ferrez, for example, was born in Brazil but was of French descent. He spent a big part of his life studying in Paris prior to returning to Brazil to photograph urban landscapes in the 1860s. He was best known for photographing railroads and symbols of modernization, but he was also a prominent labor photographer. The interesting point is that the railroads in Brazil were not built as independent projects but as the technology that connected fazendas and reinforced slavery, thereby making railroads and other production in Brazil at the height of coffee production parts in the greater labor population. insert the argument made by Mariana de Aguiar Ferreira. Thierry Freres, the creator of the image to the right, had a similar backstory to that of Marc Ferrez. Freres was a French artist that returned to Latin America to conduct tour-like photographic journeys depicting labor and modernity.

The most telling part of the majority of the sources we analyzed were the captions. The captions are tailored for the intended audience. Captions are meant to describe or give context to a piece of work, typically a visual piece, especially when the intended audience might be unfamiliar with what is being depicted. Freres, for example, captioned Convoi de Cafe in French, despite the lithography depicting Brazilian workers carrying coffee. Brazil, however, was colonized by the Portuguese, thereby making the main language spoken in Brazil Portuguese. So, why would he write the captions in a language other than Portuguese? One can assume that if he made tours around Latin America, frequented Brazil, and had to interact with the population in order to become personal enough with a group to illustrate them, that he knew the languages spoken, even if it was conversational. But the greater assumption then is that the illustrations were never meant to be circulated in Brazil but in France where Freres is originally from. When conducting searches of Freres’ work, most of the circulation and publishing happened within Europe, where his work was popularized, as opposed to Latin America.

Because of the previously mentioned history of the labor population used on fazendas or large-scale coffee farms in Brazil, most of the time period we are discussed is shadowed by slavery and a majority African labor force. To reiterate, slavery was not abolished until 1888, leaving the last 12 years of the century to European immigrants desperately seeking work on the other side of the world.

In these two photographs by Marc Ferrez, the laborers are of African descent. In the second image, the laborers are clearly posing, but their faces tell a different story. The photographer seems almost like an interruption in the work or something distant. Some of the laborers do not even look in the direction of the camera. The overseer, a man of a lighter complexion, looms in the background. In the third photo, the laborers are caught almost candidly, but the overseer stands with his hand on his hip and is the only one facing the photographer. In this shot, Ferrez is noticeably farther away and is able to capture a larger portion of laborers and the slave quarters in the background (Muaze, 14). The common thread between these two photos are the erasure of the brutality of slavery and the showcasing of modernity. Brazil used slave labor on coffee plantations to fuel its economy and thus fuel its development, especially of the railroads that would then connect the fazendas. According to Muaze, "the absence of all and any objects -such as slave collars, whips, trunks, cages, masks, irons - which could indicate the aggression and abuse experienced by captives in daily life," contributed to an erasure of the brutality (Muaze, 18). Surely, whips and slave collars would not have been ideal on a postcard. 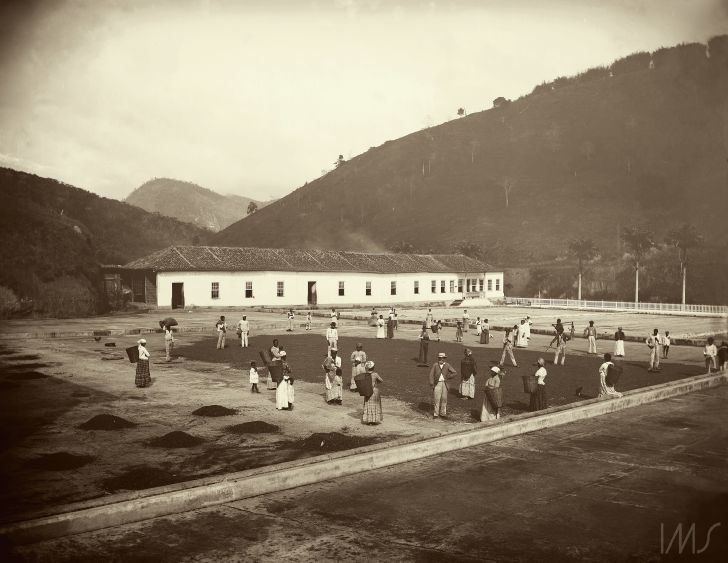 There is an added importance attributed to the intended audience and the biographies of the artists; when analyzing the primary sources we gathered, we had to remember that the person behind the scenes, the circumstances surrounding the creation of the art, and who is consuming the art shapes the art. The artist will heavily rely on what the audience is willing to consume because the audience determines whether or not that work is successful considering art is meant to be consumed to a degree. The art then depicts potential biases, erasures, silences, popular trends, and other both subliminal and obvious insertions of the artist’s opinions, ideas, politics, and life story. Ultimately, the art is shaped by the audience and the artist, which then impacts the opinions of the consumer. 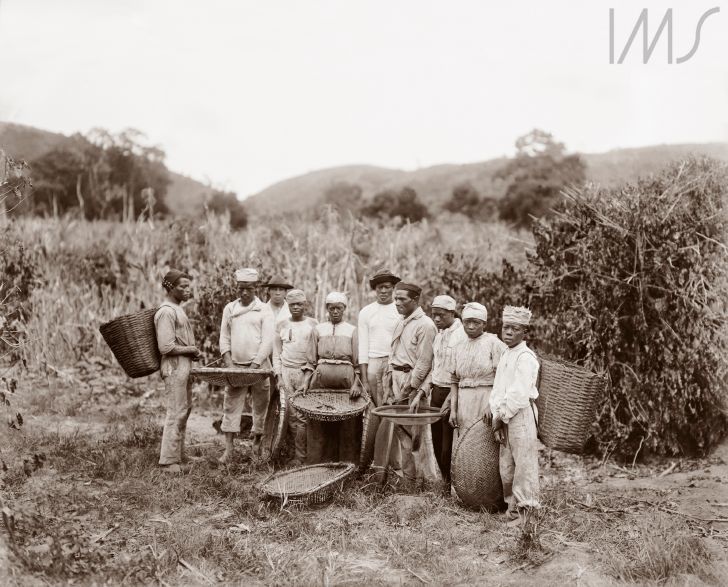