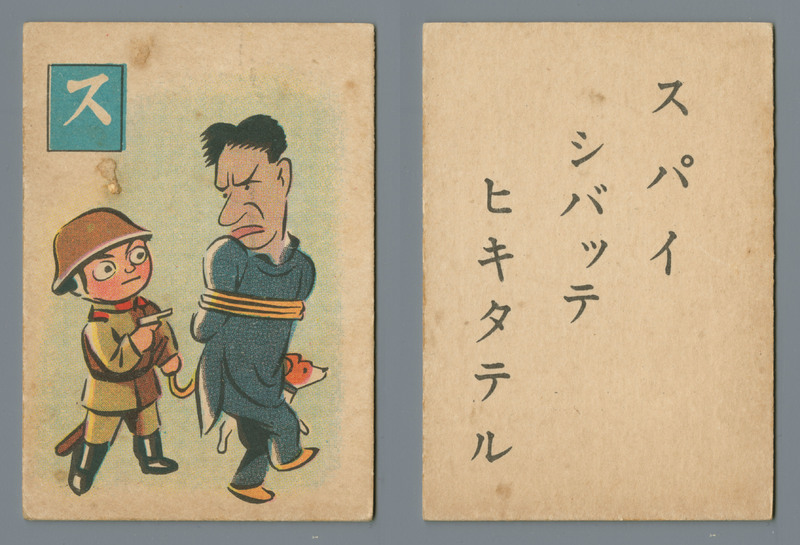 For instance, the card on the left shows the comparison between dominant Tecchan and a submissive Chinese soldier. It reads "Tie up the spy, march them off".

Tecchan ties up a Chinese soldier, and points a gun at him to show an absolute domination. The Chinese soldier has no way to move or escape, as the Japanese soldier is holding on to the rope like a leash for a dog.

Again, Tecchan has adorable facial features, unlike the Chinese soldier. 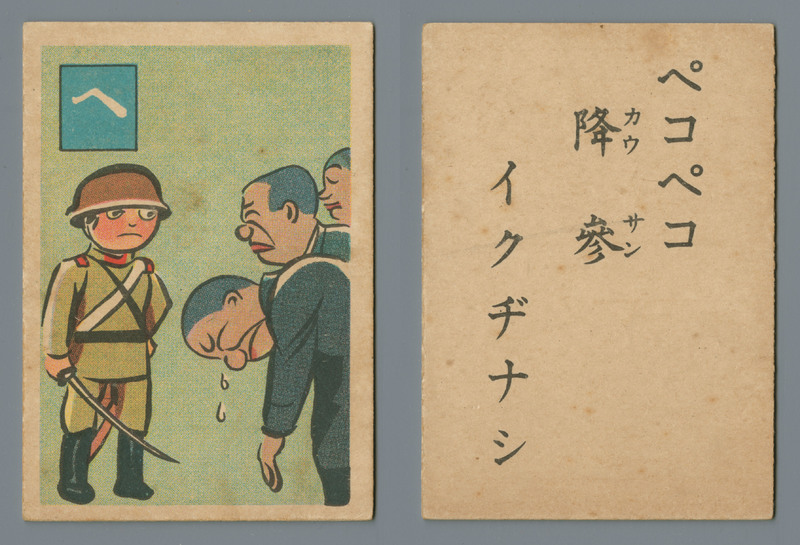 A similar situation, which shows the superiority of the Japanese over the Chinese, is described in the next card, reading "Hungry, surrender, cowards".

Chinese soldiers are crying and taking bows to beg for forgiveness from Tecchan, asking not to kill them. They look desperate because Tecchan is holding a sword while they are unarmored and undefended. 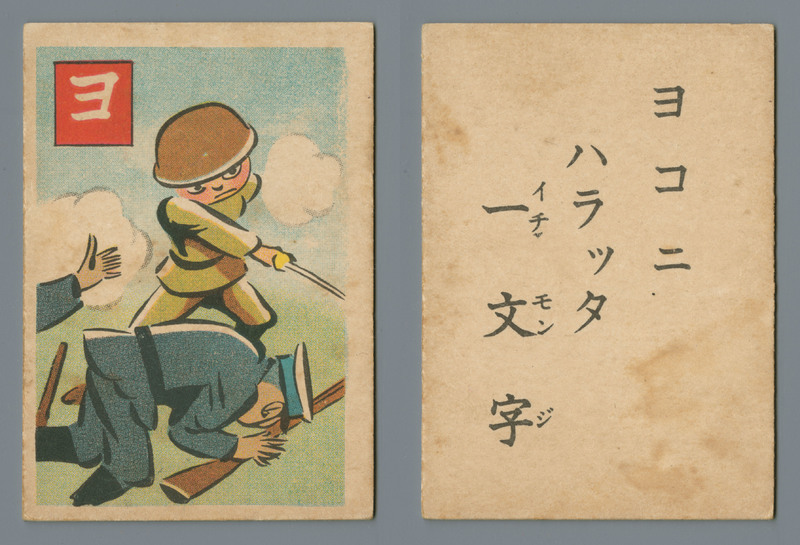 The last card reads, "Horizontally striking, drawing the letter "one" (一)".