Indulge Yourself: Chocolate as Health Food for Women, 2000-Present 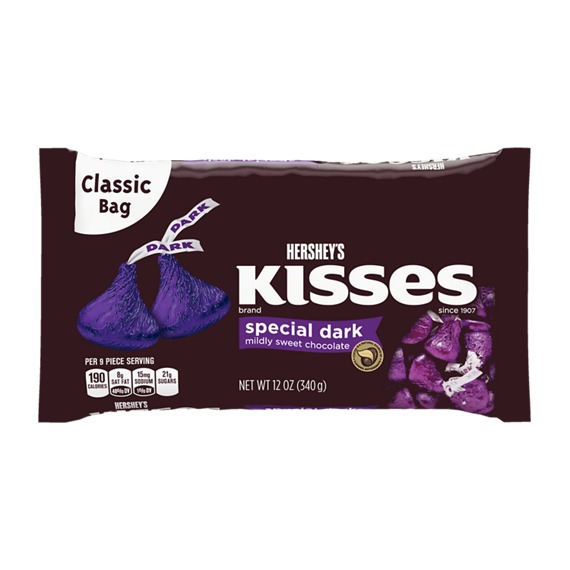 Some chocolate is still advertised as healthy in the early twenty-first century, but the type of chocolate and its intended consumers have shifted. Dark chocolate has recently been promoted for its health benefits to women for their own consumption and pleasure. Thanks to Big Dairy, some milk chocolate is still promoted as healthy, primarily through their advertisement of chocolate milk as a healthy “post-workout recovery drink” (Ferdman). Overall, however, the chocolate companies have shifted their health focus to dark chocolate. This has been aided by scientific studies from reputable journals like Nature that have shown evidence for dark chocolate’s helpful antioxidants or assistance to the body’s microbes (Nature and Courage). It is important to note that with this new promotion of dark chocolate comes a new intended consumer - women, not her children.

The packaging for Hershey’s dark chocolate kisses is dark brown with deep purple-wrapped Hershey kisses shown on the outside. While it does not boast any facts about its health, the packaging is clearly showing a darker, more mature color scheme than any of the milk chocolate advertisements from the mid-twentieth century or their modern day counterparts. This branding for their dark chocolates shows a desire to market this product towards an older audience, in contrast with some of their milk chocolates. Women are still the primary consumers, but now they are buying for themselves. 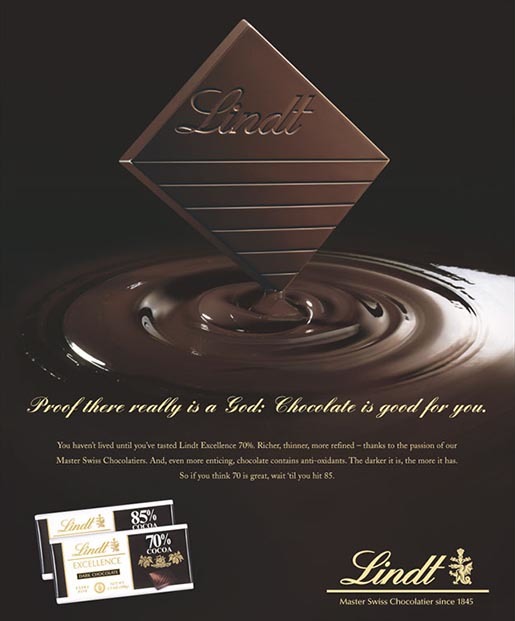 In the twenty-first century, it is more socially accepted for women to show self-interest. While many women still have a focus on their families, a woman is still far more able to purchase things for herself. As scholars Thornton and Youn-DeMarco explain, since the 1960s there have been “continuing long-term trends towards individual autonomy and tolerance toward a diversity of personal and family behaviors as reflected in increased acceptance of divorce, premarital sex, unmarried cohabitation, remaining single, and choosing to be childless.”. Alongside that since the 1980s was also a trend across genders towards self-esteem and self-importance (Singal). These societal changes are reflected in chocolate advertising as the products are now being marketed for women to both buy and consume for their own self-interest.

Though most campaigns for dark chocolate choose to focus on the chocolate’s taste or sensuality (as covered in the other half of the exhibit), this campaign by Lindt instead chose to list elements of the chocolate that made it a healthy decision. The chocolate is presented therefore as a healthy alternative to a lot of other holiday candies, using its healthiness to stand apart from the other many popular treats. Both the dark tones of the advertisement and the mature references to religion, which would likely go over the head of a child, suggest Lindt is targeting adult consumers. Gone are the pastels and children of the mid-twentieth century advertisements - now women are allowed to be indulgent.