In 2001, legislation was passed to create change on cocoa plantations in West Africa. Several chocolate companies in conjunction with the United States senators and the Ivory Coast ambassador signed an agreement to “eradicate the worst forms of child labor” from the process of cultivating cocoa beans. This agreement is known as the Harkin-Engel Protocol.  This Protocol acknowledged the issues within cocoa plantations. However, it does not put a plan in place to reach the goals the Protocol outlines, merely just stating it needs to be eradicated. Additionally, not abiding by the Protocol has no legal implications, since it is a voluntary agreement. Therefore, it doesn’t actually help change the problem because no plan of action is established. Furthermore, Senators Harkin and Engel wanted to establish a government run labeling system of chocolate, indicating if it was slave free (Guzzi). However, the chocolate companies appealed for a non-legislative solution (Aaronson). This suggests that chocolate companies intentions were not to make real change in the industry, but to avoid a PR disaster. Lastly, the goals outlined in the Harkin Engel Protocol still haven’t been met. Peter McAlister, the leader of the International Cocoa Initiative from 2003 to 2010 when asked “Was there ever a chance of eradication of child labor by 2005?" stated, "No, never” (Whoriskey and Siegel). This suggests that although the Harkin Engel Protocol had good intentions, it has not created any real change in the industry and acted like an illusion that change was happening. 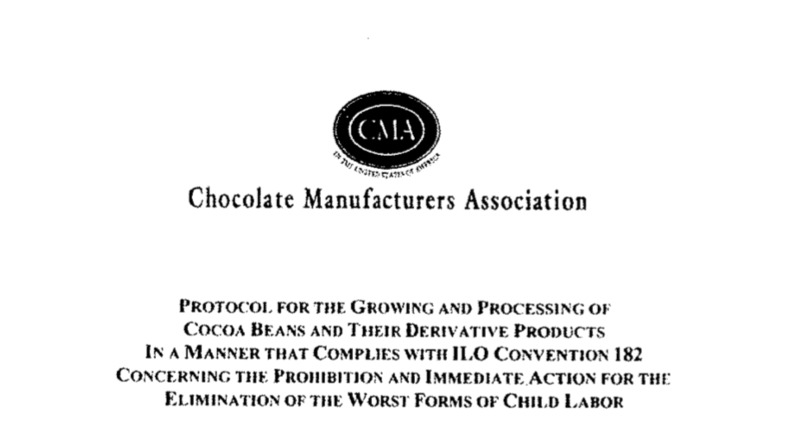 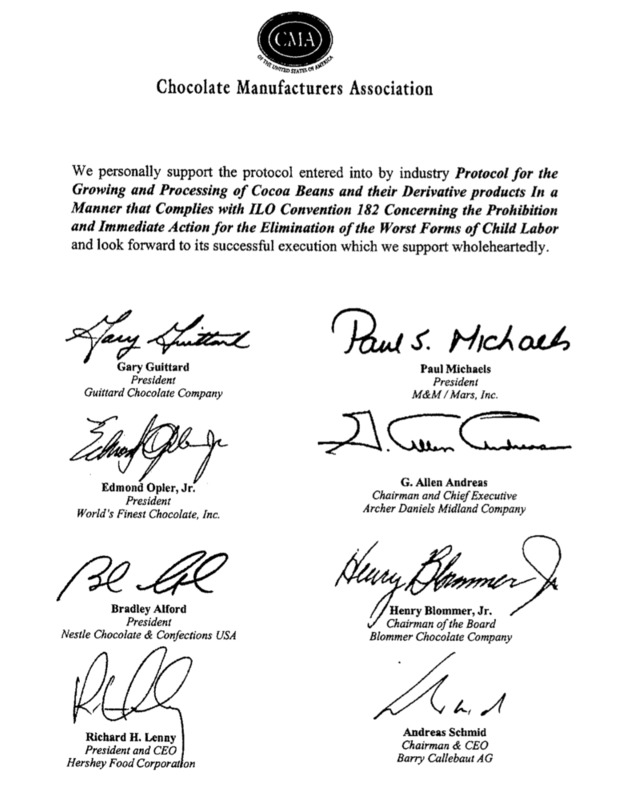