History of Labor on Coffee Plantations

Coffee would not enter the scene in Brazil as a crop until the first half of the 1800s as opposed to having been grown in Yemen 300 years prior. Despite this late start behind Yemen, Java, and East Africa, Brazil became the largest producer of coffee by the mid-1800s. By this time, Brazil was producing over half of the world’s coffee. Brazil, prior to its dominance in the global coffee market, had one main competitor: Haiti (formerly known as Saint Domingue). Both colonies had the advantage of access to free, exploited slave labor that allowed the country to reap the benefits of the profit coming in from the export. Haiti, however, lost this massive labor population after its revolution in 1804. The demand for labor remained, so Haiti fell off of the world coffee economy, leaving Brazil as the main source of large-scale coffee production.
Brazil’s “ initial form of labor derived from a combination of the international availability of African bondsmen and the reluctance of the European immigrants, a history of social acceptance of slavery, and the lack of a domestic alternative because of internal resistance.” (Topik, 43).

Brazil’s increase in demand for coffee following the aftermath of the Haitian Revolution arguably reinvigorated the need for slave labor. The global colonial elite feared similar slave revolts and similar deteriorations of colonies, so it gave the remaining slaveholding locations a need to tighten their slave population. Not only this, but once Europe’s economy improved after years of the Napoleonic Wars in the first quarter of the century, the demand for coffee grew once more, yet again demanding that Brazil have a large enough labor population to withstand the demand. Any attempts of abolishing slavery in Brazil were put on the back-burner and “the rate at which Africans were landed in Rio and Bahia between 1800 and the abolition of the Atlantic trade in 1850 far surpassed that of any previous place or time” (Topik, 43). It would not be until 1888 that Brazil would abolish slavery, leaving Brazil as the last western country to do so. 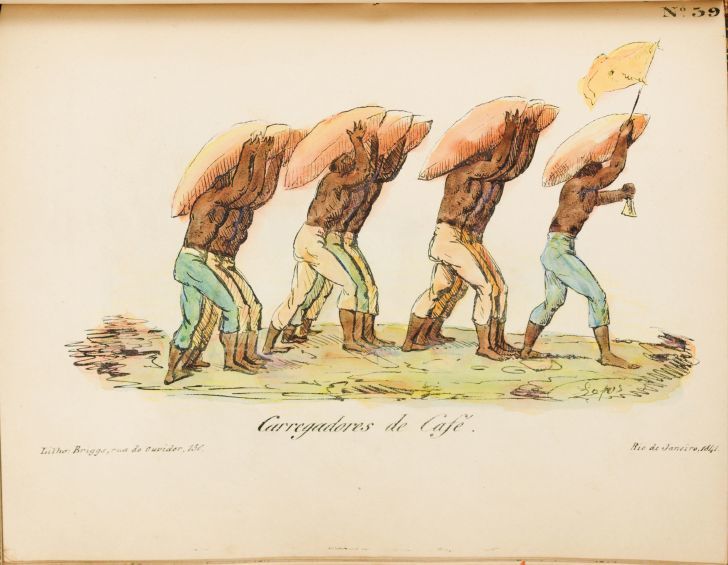 Following the abolition of slavery, Brazil struggled to fill the labor population previously occupied by slaves. Suffering Mediterranean economies in the 1880s offered Brazil a solution; many immigrants, with the expectation of finding better economic opportunity, made the trip westward to Brazil to work on fazendas, or large-scale coffee plantations. Brazil was then able to replenish their labor population with European immigrants, especially since Brazilian freedmen were not interested in working long hours on fazendas and did not want to involve their families in that cruel and laborious process either. “Paulistas, rather than employ their freedman and attract other free Brazilians, as was done in other former slave societies, instead attracted almost a million Italian, Portuguese, and Spanish immigrants to their fazendas (plantations) by 1914. This was the only instance in history in which massive numbers of Europeans crossed the Atlantic to work on semitropical plantations” (Topik, 45). Brazil was able to survive increased demands of export to the now coffee-crazed United States by employing European immigrants, making a smooth transition from a slave economy to an immigrant one.